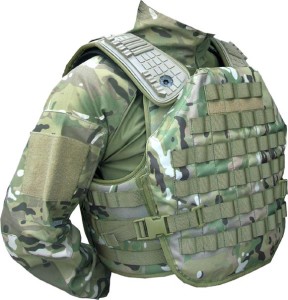 A team of Chinese scientists from the Shanghai Institute of Ceramics at the Chinese Academy of Sciences have reportedly created a super graphene composite. The material is composed of graphene tubes that can withstand a force of 40,000 times its own weight without distortion. To put this into perspective this force is similar to being 10.9km below the ocean’s surface in the Mariana Trench. Strength is a major characteristic of graphene as well the property of being light in weight. This graphene composite material is reported to be 207 times stronger than steel.

The material is expected to be used for security and military hardware. The graphene composite could be used to produce very strong and extra light weight bulletproof vests and security coverings for tanks and aircraft. The researcher’s claim that this graphene composite is an improvement over standard graphene. The material can be compressed to 5% its original size over 1000 times and can still revert back to its original form after compression.

The obvious benefits over current conventional security technology is increased strength along with significantly reduced weight. Weight reduction in protective gear would give way to increased agility for the wearer.

The use or research of graphene in military applications is always a promising sign. Historically, many breakthrough innovations were often put into action in the military industry first. This could cause a ripple effect into consumer applications.  The SAAB Group is also engaged in military graphene research and is experimenting with camouflage and cloaking technology. For the Chinese scientists the research is still in its infancy. As far as we know there are not yet any plans to sell patents or spin off into a private or publicly traded graphene stock. Like all graphene research, if the concept is proven to be valid, the technology will eventually be spun off to generate profit.

The researchers from the Chinese Academy of Sciences published their research work in the journal Advanced Materials.